Where do I start, at age 13 I first met Donnie at an alter call in Stockton. I was not a Christian at the time but loved what he had to say. I received Jesus that night. I saw Donnie and the team many times throughout the years. When I was 19 (1983) I walked away from God. After realizing what a stupid mistake I had made, I went to a service in Modesto with a friend and guess who was speaking? Donnie…. at the Alter call I told him where I was and what I had done, Donnie let me know how much God still loved me and just wanted me back in fellowship with him. Shortly after that I met my now husband and have walked with God since then. Heaven is rejoicing now that Donnie is Home! I know Jesus is saying “Well done my good and faithful servant”…

I met Donnie Moore thru Darwin Benjamin!  I also met Jeff Foust, the youth pastor shortly after and started to attend Rad Night at Lakeview Assembly!    I went for some two years before I met Jesus in 1989 at the Assembly of God Nor Cal Youth Convention in San Jose, CA.  I remember the message Donnie preached that night was entitled, No Halfway House!  He gave an altar and said if you are right with God turn around and if not stand facing him so he could talk with us about how much Jesus loved us and did for us and to surrender and stop living a double life and live for God.  I turned around and did a complete circle because I was living in the half way house with God.  That night I met Jesus and experienced His love personally for the first time and I have never been that same since that fall night in November of 1989.  I also go baptized in the Holy Spirit with speaking in tongues that same night without anyone laying hands on me!  I met Father God that night and God used Donnie Moore big time that evening!  This November will mark 29 years walking with Jesus and Thank God for Donnie Moore walking in the calling God give this great Evangelist and Anointed Man of God!  See you in glory one day!  Prayers for his family!

Donnie helped me so much. I was going through a very depressing time and I could remember Donnie saying “your pain is no more, your a new person” all of a sudden I felt a Giant relief lifted off my shoulders. I stayed on my knees at that alter till 2 in the morning & I will forever rememver that moment. I litterally cry when I see camp videos lots of love.
Message:
I wish you the best and am sorry for your lost. Donnie was a legacy and will always be loved and remembered as a mighty man of God❤

To me Donnie was an absolute Giant in performance of a Christian Ministry he was able to get down and dirty with the best of us and get us to make a decisions in life better than anyone I knew….probably the most effective altar call that I’ve ever witnessed or heard came from Donnie Moore. Rest in peace brother. Well done my faithful servant. 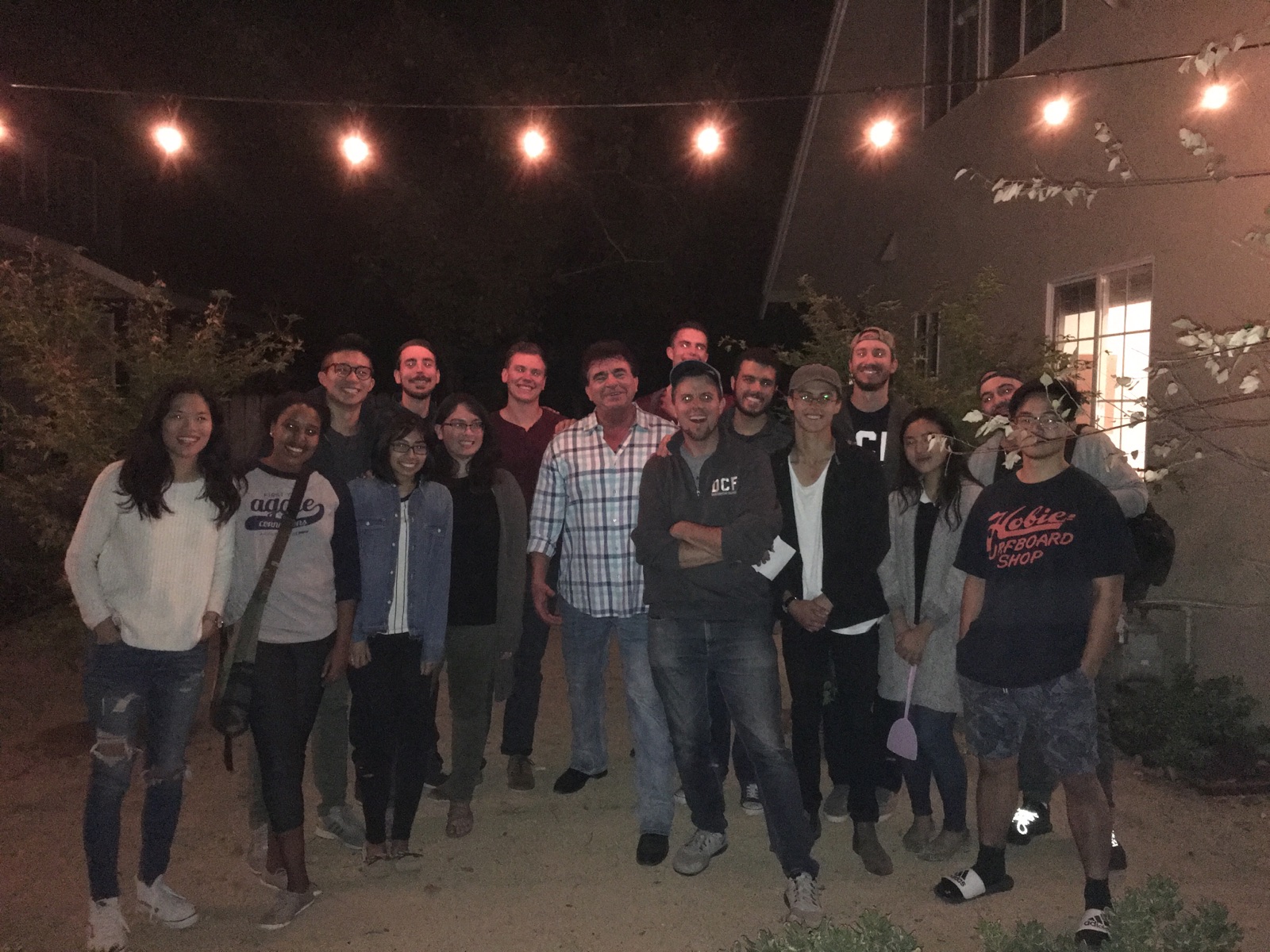 Relationship:Donnie spoke at Chi Alpha events I was present at.

Donnie spoke at the Chi Alpha NorCal Winter Conference in 2013 and I remember being struck by his amazing message and story. As a student, I always remembered the strong pastor/chaplain that gave bear hugs to anyone who asked. Fast forward to Fall 2017 when Donnie came and spoke at our UC Davis Chi Alpha group (Davis Christian Fellowship). Hearing about how he fathered the XA NorCal movement and discipled many others who came before me… it was extraordinary to come full circle and have Donnie pray for me and declare influence and identity over me. I am currently serving full-time on staff with DCF and I acknowledge and honor Donnie’s role in inspiring me to pursue ministry wholeheartedly. When Donnie spoke at DCF, we had over 100 students come down to the front of the lecture hall and respond to the simple gospel through worship. As we worshipped we completely went overtime as people encountered the love of Jesus! I will never forget how tangible the presence of God was in that room and how present and patient Donnie was to whoever was in front of him.

I have been thinking about your family and praying for you all as you process this grief. Know that you are loved and that Donnie’s legacy lives on through all of you. May the peace of God wrap your hearts in grace.

Donnie was such a courageous man of God!!! He broke into so many of our lives, and the results were that we would NEVER be the same again. ?He loved so powerfully! Even if it was just as small as remembering names, WOW! I’ll never forget him walking up and down the isles, during the alter calls, that would go on for hours. Time wasn’t of crucial importance, because Heaven always broke in and the power of God set free, filled and impassioned! ?Donnie would put his big arms around those of us bruised and broken by life, and would cry too. As if, he knew the pain and trauma! He had such compassion for the broken hearted and those beaten down by life, and utterly rebellious! Often, in leaving those alter times the saturation of his cologne was all over, all of us!
Donnie, knew and trusted the Lord and the Lord in return, trusted him back! He has left his mark so deeply on our hearts. ?
Thank you Cindy, Brook, Anna & DJ, for answering the call of God to stand with your Husband and Dad as he preached the gospel, and gave so generously of his heart and life. He was such a gift to us all! ❤️

HIs ministry began with Chi Alpha, but Donnie’s ministry would become nationwide (DonnieMooreMinistries.org) after Chi Alpha. For 30 years Donnie was an evangelist, preacher, and motivational speaker. He traveled nationwide with his organization, Radical Reality, and presented “feats of strength” and gave powerful messages on hope in assemblies at public schools and youth camps.

Donnie had been a quarterback and a baseball pitcher during his college days. As an athlete/ bodybuilder (weightlifter) he first began in 1987 ministering to professional athletes. He started with the Oakland A’s and eventually spoke in chapels, field houses, team’s dugouts and locker rooms, church services, to every team in the American league, and most in the national league, and the major and minor leagues in baseball. At age 60 on his birthday, he pressed 500 pounds.

I first met Donnie as a campus revival was occurring at the University of the Pacific in the 1980s. After Donnie gave his life to Christ, he said, “I’m sick and tired of the sin that has wrecked so many lives on campus.” He wanted to see college students experience God as he did.

God moved mightily at UOP. Frat guys and Sorority girls received Christ and were baptized in the Holy Spirit. More than 125 students attended and 18 Bible studies were conducted across the campus. His wife Cindy established a Campus Missionary-in-Training program to train campus workers. The impact was eternal as so many students came to Christ and went on to become evangelists, campus missionaries, pastors, national leaders, and Spirit-filled Christians in the marketplace and committed Christian husbands and wives. In Chi Alpha alone, Donnie had a far-reaching impact that continues to this day. It would be impossible to measure the influence that Donnie had on Chi Alpha then and now, even though his ministry moved beyond Chi Alpha.

It was only 6 months ago (January 2018) that Donnie spoke at Chi Alpha’s South Central SALT in Dallas. He had a powerful ministry that week seeing students experience forgiveness and salvation, and others baptized in the Holy Spirit, and many received the call of God on their lives.

Donnie is survived by Cindy, his wife, and three adult children: Brooke, Anna, and DJ. They are a wonderful family. We all will miss this great leader and hero. Remember the Moore family in your prayers.

Cindy, Brooke, Anna and DJ, you are loved so much. Your dad was a remarkable man of God, and I am sure a great husband and father. HIs legacy will live on for years to come.
He has touched the lives of so many and advanced the kingdom of God. Chi Alpha is grateful for his far-reaching contribution to so many college students lives. Your dad will be missed.

It was over 20 years ago that I first heard Donnie speak. A friend & I had taken our sons to see him and his team at a church in Napa. After the feats of strength Donnie spoke and gave an alter call. Though I belonged to another church I had never seen so many respond to an alter call. As the Lord would have it I became a part of Harvest Church in Vacaville. There is where I would hear Donnie from time to time as his schedule allowed. Donnie always had a good word but the last time he spoke at Harvest it was more than a good word! He spoke on Disappointment that was something I have experienced for several years. The message brought me to a place where I realized that ‘I had allowed’ the disappointments in life to rob me of my joy. That day I was released from the lies the enemy had been throwing my way; the lies that God was never going to move in the lives of my family and those close to me the way I had prayed for. That message was one that will never be forgotten-God is amazing!!!
________________

Praying the Lords peace and strength now and in the days ahead.

In May of 2002 I was a parent sitting in a youth Wednesday night service at Neighborhood Church, Modesto Ca. Donnie had an alter call and he prayed over me, he had no idea at all that I had been struggling with infertility and miscarriage. As he prayed and laid his hands on my shoulder I felt a clear presence of the Holy Spirit leading me to adopt. That night I went home and scoured the internet about adoption information. Within days my husband and I started the process..
The adoption of my daughter changed the trajectory of the life of our family. My husband and I were given a passion for the orphans around the world and foster kids here in the US. We have gotten involved in ministry to do what we can , through Christ Jesus, for these kids.
We now have two daughters that God has blessed us to parent., that we otherwise would not have .
Donnie never knew my name and I doubt he ever remembered past that evening that he prayed for me specifically, as he prayed for many that night. But Donnie led by the Spirit had a profound impact on my life, my daughters lives , my entire family, and many kids we will never know about.
I am so thankful Donnie followed the leading of Christ .
I will forever be grateful for Donnie Moore. 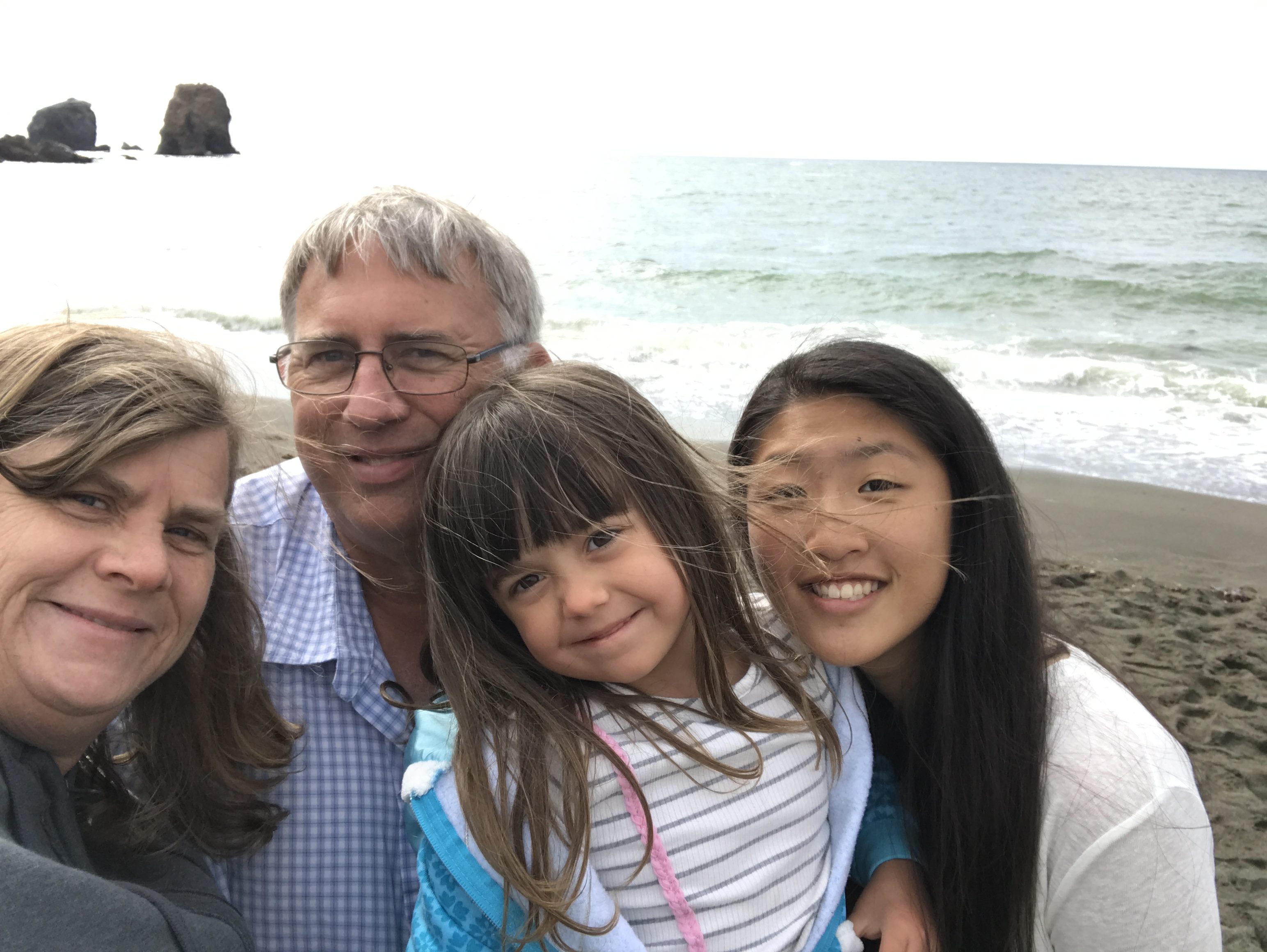